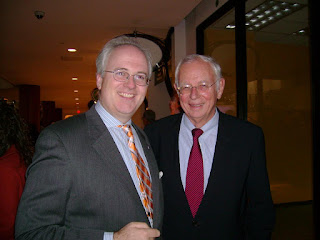 1990 or 2010: The Immigration question with the Advance Parole document

One may think the whole Y2K hype is done and over no. But ...

In Germany the ATM Machines stopped working January 1, 2010 (well, some ATM card did not process the new year)

In the USA Immigration does not seem to have entered the new year. They were printing and mailing documents with the date 01/05/1990 ... this month!

This error by processing Advance Parole documents (the so called "Form I-512") earlier this year created much concern. U.S. Citizenship and Immigrations Services (USCIS) announced today that it will reissue these in response to documents that were mailed to applicants with an incorrect issue date of January 5, 1990 (instead of 2010). All affected documents have been identified and USCIS will automatically reissue documents to individuals who have received a document with the incorrect issue date.

The hype goes on... but from a legal point of view: there are other issued then the question: how will this new toy look like.

There is the the Copyright and the Trademark issue:

1. A company called Slate Computing registered for the iPad trademark in Canada in July. Similar trademark filings were made in Europe and Hong Kong in the same month. Whoever this Slate Computing company is, one may speculate: is it a front company for Apple?

2. However in the US another company owns the iPad trademark for handheld computing: Fujitsu.

What is the next step?Read more details.

Posted by RvHennigs at 1:03 PM No comments:

U.S. Citizenship and Immigration Services announced today that eligible Haitian nationals in the United States may begin the application process for Temporary Protected Status. Details and procedures for applying for TPS are provided in the Federal Register notice published today.

On Jan. 15, 2010, Secretary of Homeland Security Janet Napolitano designated TPS for eligible Haitian nationals as a result of the catastrophic earthquake that occurred in Haiti on Jan. 12, 2010.

The TPS designation for Haiti is effective January 21, 2010 and will remain in effect through July 22, 2011. The designation means that eligible Haitian nationals will not be removed from the United States and will also be eligible to apply to work in the United States. The 180-day registration period for eligible Haitian nationals to apply for TPS begins today and will end on July 20, 2010.

If you are qualified for this status and need help, please contact us. We may assist you free of charge (pro bono).

Posted by RvHennigs at 1:56 PM No comments:

Here may be some hope for persons from Haiti living in the USA. US Immigration (USCIS) may grant Temporary Protected Status (TPS) to eligible nationals of certain countries (or parts of countries), who are already in the United States.

The Secretary of Homeland Security may designate a foreign country for TPS due to conditions in the country that temporarily prevent the country's nationals from returning safely, or in certain circumstances, where the country is unable to handle the return of its nationals adequately. Eligible individuals without nationality who last resided in the designated country may also be granted TPS.

However at this time Haiti is not on this list, but there is political discussion about adding Haiti as a country.

If you know politicians please contact them in the interest of humanity to convince USCIS to add Haiti. If you are from Haiti in the USA and are interested in help, please contact our law firm and we will attempt to help you free of charge as a pro bono client.

God bless!
Reinhard von Hennigs
bdhlaw.net
Posted by RvHennigs at 8:38 AM No comments:

As we have learned yesterday, a tremendous earthquake rocked the Haitian capital and outlying areas, demolishing numerous government buildings and hospitals. Haiti is the poorest country in the Western Hemisphere, and day-to-day life was already treacherous enough without the added catastrophe of a serious earthquake.

One of the best sources of information about the disaster and the relief groups that need your support can be found at The Lede, a blog on the New York Times website : http://thelede.blogs.nytimes.com/2010/01/12/gleaning-information-from-haiti-online/?hp

Below are the links to several charities that have been operating in Haiti, more aid organizations can also be found at http://thelede.blogs.nytimes.com/2010/01/13/haiti-disaster-relief-how-to-contribute/

The law firm of Byrne Davis and Hicks PC does not certify the charities’ fund allocations or administrative costs. More information about giving, for this and other causes, is available online from the GuideStar database on nonprofit agencies.
Posted by NMDickey at 12:22 PM No comments:

This is one of the most amusing court documents I've seen in a while.

A few weeks ago in Jefferson County, Alabama, the Defense attorneys for Energen Corp. requested a continuance from the Court in order to reschedule their trial date which had been calendared several months ago for January 4, 2010.

Why the sudden urgent need to change the trial date?

According to his official Motion to the Court, Defense Attorney Jon Terry noted the following circumstances:

1. One of the great college football teams in this State (The University of Alabama) has reached the National Championship Game; the last time such achievement occurred was 17 years ago.

2. Most of the attorneys representing all of the Defendants have tickets and reservations to be in Pasadena, California on January 6, 2010 - and the travel dates would conflict with the current trial schedule.

3. Many of the witnesses who would be testifying at trial also have tickets to attend the game in California.

4. Members of the jury would likely be distracted due to the game, and could be prejudiced by the distraction "caused by such a major event of such significant importance to so many people in this State."

So was the Motion to Continue granted? You bet it was.

I wonder if the same result would happen in the German courts if Germany makes it to the finals of the World Cup?

Posted by NMDickey at 1:03 PM No comments: